After visiting the lighthouse last year I decided to make an illustration on base of one of the photo’s I made. 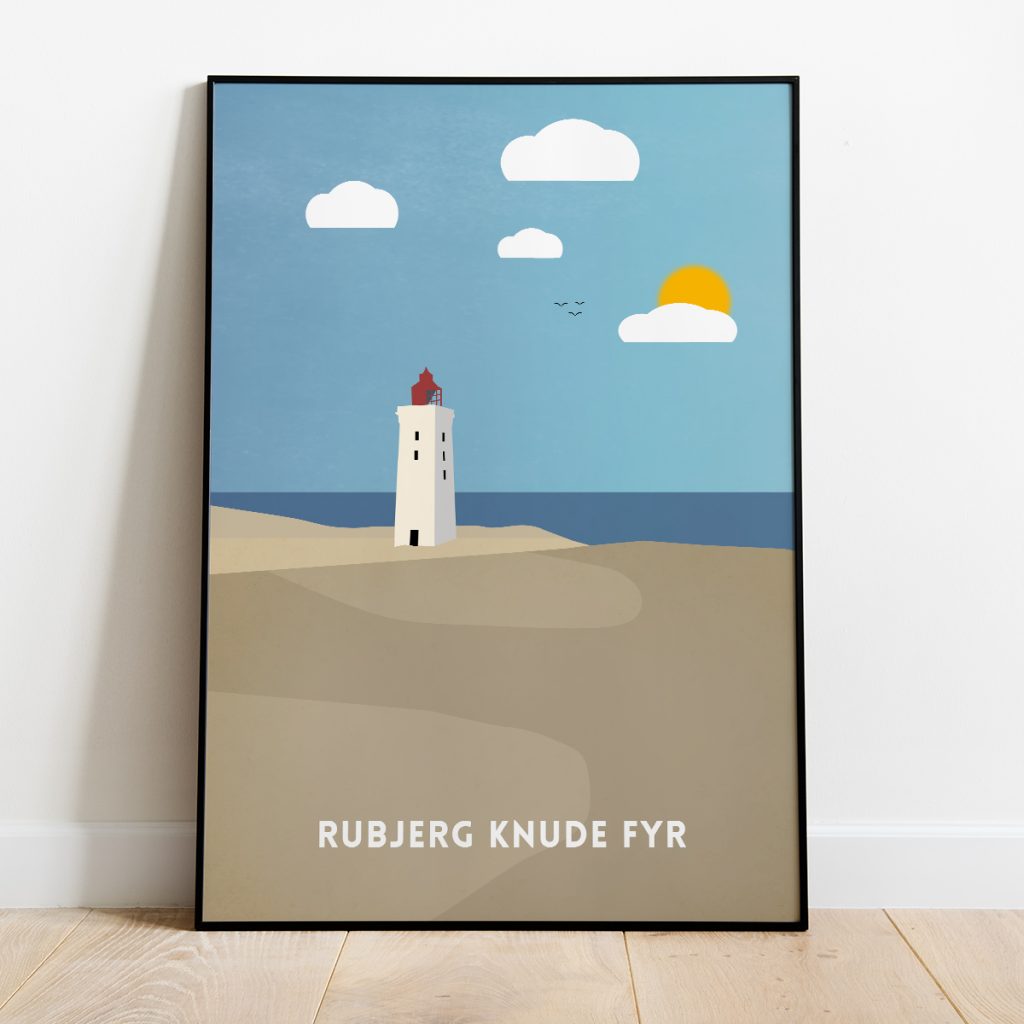 More info about the lighthouse:

Rubjerg Knude Lighthouse (Danish: Rubjerg Knude Fyr) is on the coast of the North Sea in Rubjerg, in the Jutland municipality of Hjørring in northern Denmark. It was first lit on 27 December 1900. Construction of the lighthouse began in 1899.

The lighthouse is on the top of Lønstrup Klint (cliff), 60 metres above sea level. Until 1908 it operated on gas which it produced from a gasworks on the site.

Shifting sands and coastal erosion are a serious problem in the area. The coast is eroded on average 1.5 metres a year, which can be seen most clearly at the nearby Mårup Church. Built around 1250, the church was originally 1 kilometer from the coast, but was dismantled in 2008 to prevent its falling into the sea.

The lighthouse ceased operating on 1 August 1968. For a number of years, the buildings were used as a museum and coffee shop, but continually shifting sands caused them to be abandoned in 2002. By 2009, the small buildings were severely damaged by the pressure of the sand and were later removed. It is expected that the tower will fall into the sea by 2023.

Information as to read on Wikipedia